Results of the International Coastal Cleanup are out

During September this year VESS encouraged people of Vanuatu to participate in the Ocean Conservancy’s International Coastal Cleanup (ICC). In this the 32nd year of the ICC, VESS again joined in the global effort to rid our oceans of debris. Following on from hosting events in Vanuatu in the last 2 years, this year VESS asked communities, organisations and businesses to take the ICC a step further and organize their own clean ups in their own areas to remove rubbish from our sea and beaches and waterways. 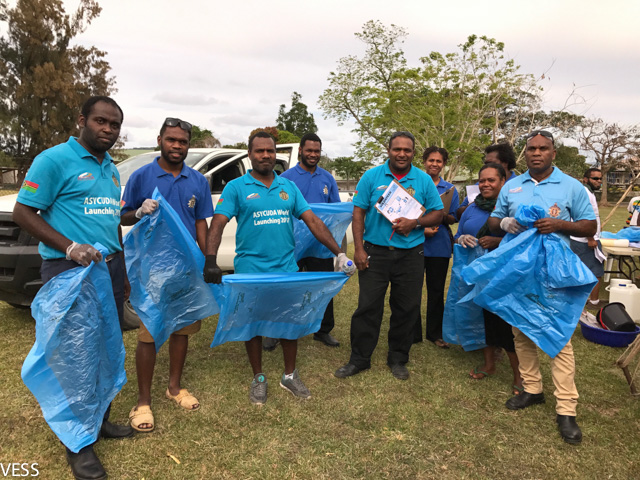 The vast majority of the land debris was plastics, with plastics and foam making up nearly three quarters of the rubbish collected. Underwater there was less plastic collected and more glass bottles and aluminum cans. This is likely to be because plastic doesn’t sink and can float away or be suspended in the water column.