First container of plastic from Vanuatu exported for recycling 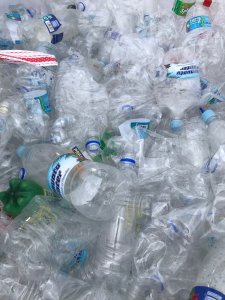 On Thursday afternoon this week Vanuatu Environmental Science Society and RecycleCorp hosted an event at the RecycleCorp yard to mark the first export of plastic bottles from Vanuatu. The bottles are being shipped to Australia at the end of this month to be recycled back into plastic bottles. Dr. Christina Shaw, Director of VESS said “this is true bottle to bottle recycling, and it is our first foray into creating a circular economy for plastics”. Christina and Andrew Hibgame, who is the owner and director of RecycleCorp were joined in the celebration by the Lord Mayor and Deputy Lord Mayor of Port Vila, the Japanese Ambassador, the Acting Australian High Commissioner and the Acting British High Commissioner, representatives from the French embassy, as well as government officers, the World Vision team, JICA and IUCN representatives and business owners and managers. The guests were welcomed as champions that have rallied to the cause of ridding the oceans of plastic pollution as many played a role to make the export of these plastic bottles possible.

Christina said that they often get asked “why don’t you recycle plastic?” and explained that it is not as straight forward as a lot of people think. She went on talk about how this milestone was achieved. Many people and organisations were involved. At the beginning VESS’s data collected during community cleanups and Green Waves no Plastik Bag Plis petition raised awareness of the issue of plastic pollution. Christina said that a pivotal moment came when the then Prime Minister, Mr. Charlot Salwai, went to the UN Oceans Conference in New York and after hearing about the plight of our oceans made a commitment to address the plastic issue in Vanuatu. He returned and announced a ban on plastics. Ralph Regenvanu, as Foreign Minister, took on the mantel of championing plastic pollution reduction and in 2018 single use plastic shopping bags, plastic straws and polystyrene takeaway containers were banned with the second phase of bans came into effect the following year.

About the same time, JICA, who have been supporting waste management in Vanuatu for many years, called a meeting to moot the idea of developing a Container deposit scheme and forming a recycling association. Plastic bottles are a commonly littered item but only attract a low price as a recyclable. They also need to be clean. Therefore, a collection system is needed such as a container deposit scheme. Work is ongoing to develop one in Vanuatu. Before one starts the bottles that are in country that have not had a deposit paid on then need to be collected or accounted for in the system and the Vanuatu Recycling and Waste Management Association have been seeking funding for this. Late last year Kendra from World Vision approached VESS and RecycleCorp saying funding, that could be put towards a bottle buy-back and environmental cleanup, was available. This led to the Selem Plastik mo Sevem Solwota event in June this year supported by the Australian government and in partnership with the ANZ Bank. The aim was to collect a million bottles and in only 3 and a half days nearly 1.4 million bottles were brought to the seafront! Over 10 million vatu was paid to the community for the bottles that were collected.

Scale is usually an impediment to recycling in a small island developing state but because of this initiative there were lots of bottles collected in one place and therefore gave rise to the opportunity to trial plastic bottle recycling. With the help of the IUCN Plastic Waste Free Islands project and a Dutch company called Searious Business, VESS and RecycleCorp have been able to arrange for a container of bottles to be exported to Australia for recycling. Only the clean bottle can go so only 4 tonnes of the 42 tonnes of plastic that was collected at the event were suitable. The rest of the container has been filled with bottles and bottle caps from Vanuatu Beverage. The export of this container of plastics will be a true pilot to find out the logistic and costs involved in recycling bottles from Vanuatu. Andrew Hibgame spoke about the logistic and barriers of recycling in general and in particular recycling plastics, the economics of which just don’t add up without funding. The price that could be paid for the plastic is about the same prices as the shipping and loading of the container. For this pilot Ifira Stevedoring are transporting and loading the container at no charge.  Swire Shipping, under the Moana Taka programme, are covering the cost of the shipping. Andrew thanked these two companies for their generous support but said that if we want to be able to recycle plastics in the future, we should not be reliant on donations and funding. The system needs to be sustainable. He believes that the consumer should pay, and this is why he has been advocating for the container Deposit scheme to be implemented in Vanuatu.

Christina said “you can see that many people were involved in getting to a position where we can recycle plastic bottles. Concerned citizens raising awareness and politicians implementing policies to address plastics created the momentum. The World Vision Selem Plastik Mo Sevem Solwota initiative collected the bottles with funding from DFAT and assistance from ANZ. RecycleCorp had the capability to process the bottles with existing equipment. Serious Business and the Plastic Waste Fee Islands Project assisted with the arrangement of the export. Ifira Stevedoring and Swire Shipping are donating the transport, loading and shipping of the container. It was a huge collaborative effort.”

After the speeches the guests were given a tour of the recycling facilities at RecycleCorp by Shaun Hibgame, the general manager. They saw the equipment used to process the scrap metal, how glass is crushed to sand, and viewed a container of car and solar batteries that will be soon shipped to Korea for recycling. Then the container of plastic bottles was closed and sealed for export. More information about RecycleCorp’s services can be found on their website: https://recyclevanuatu.com 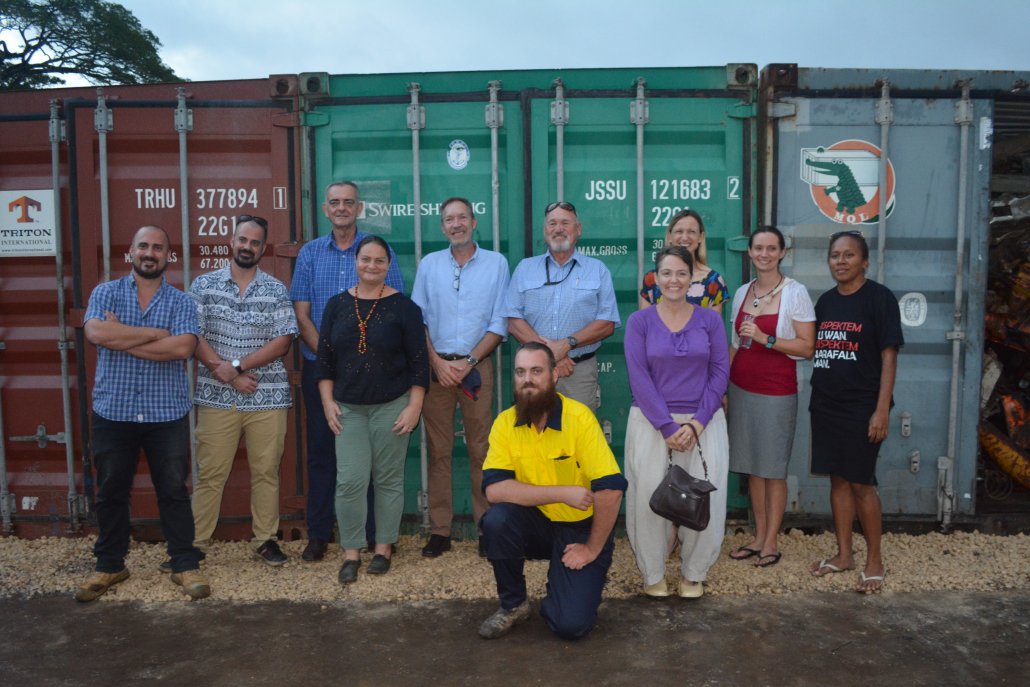 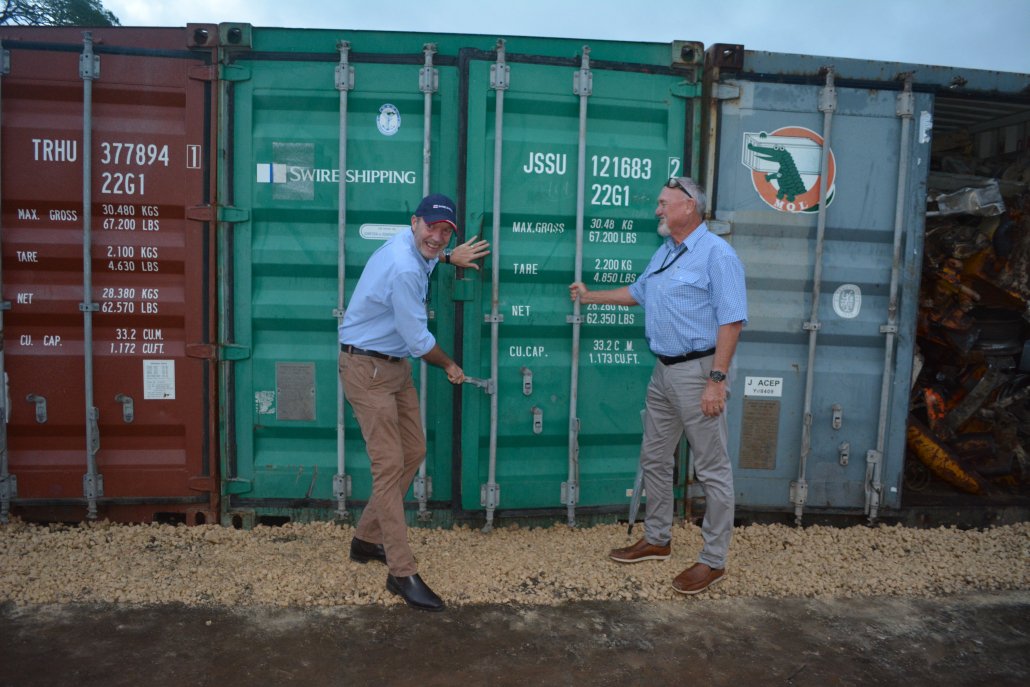 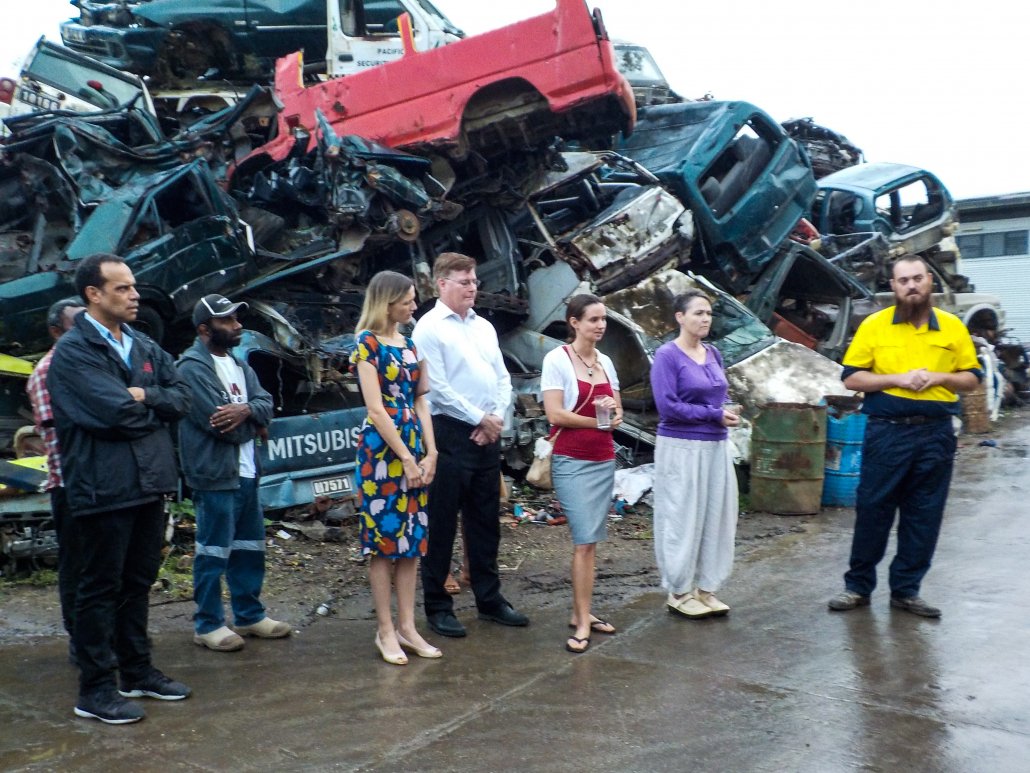 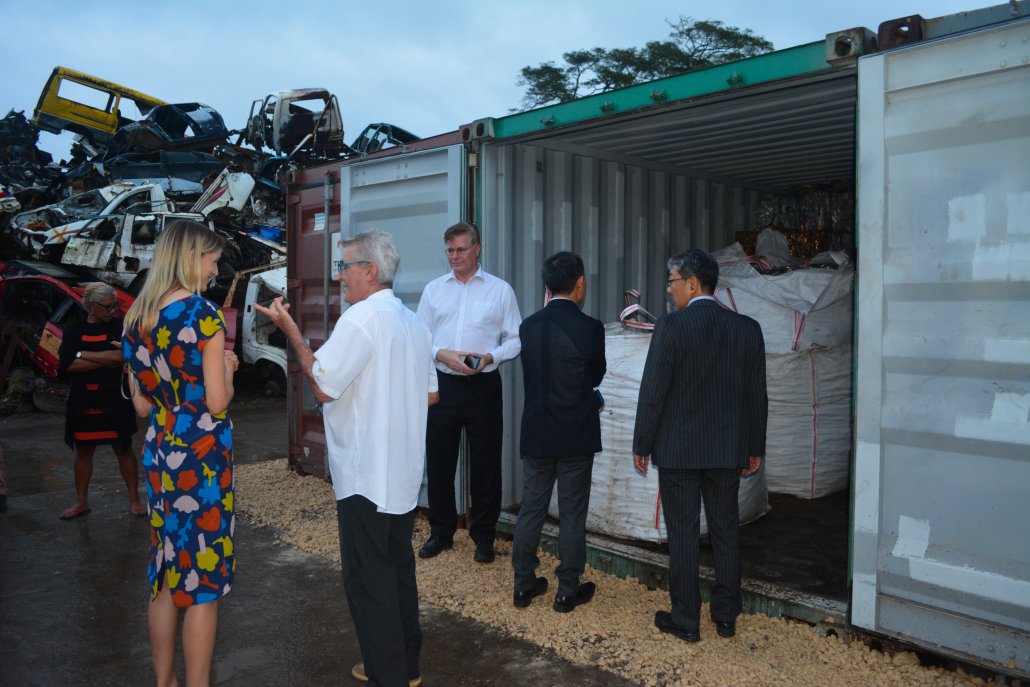 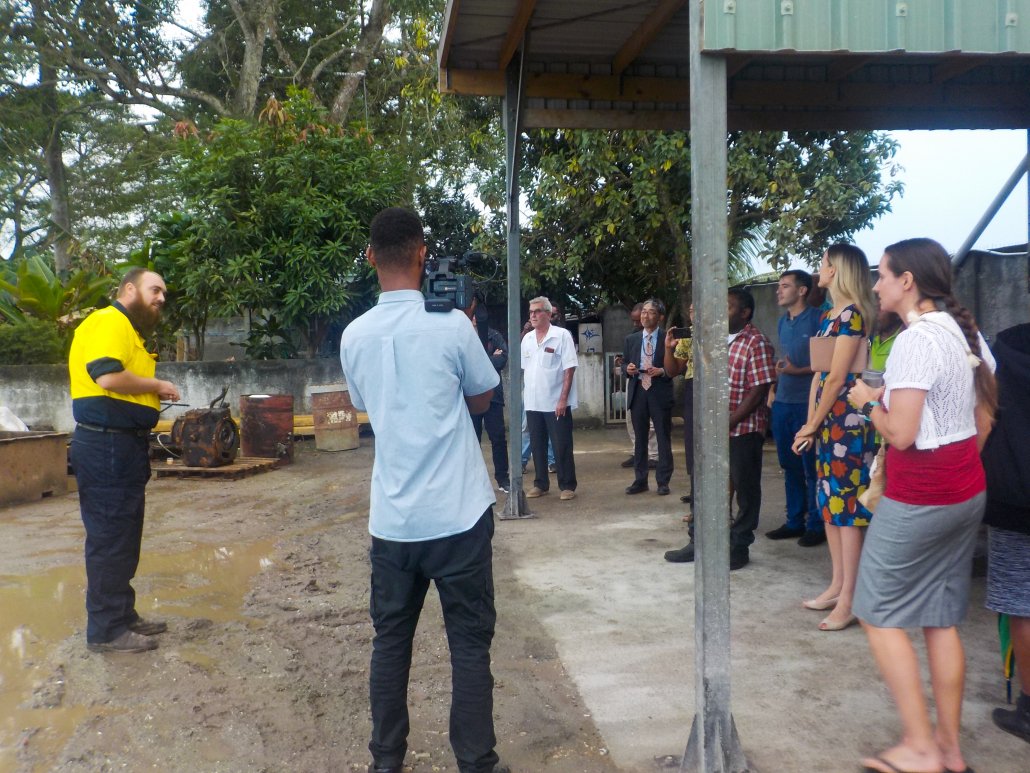 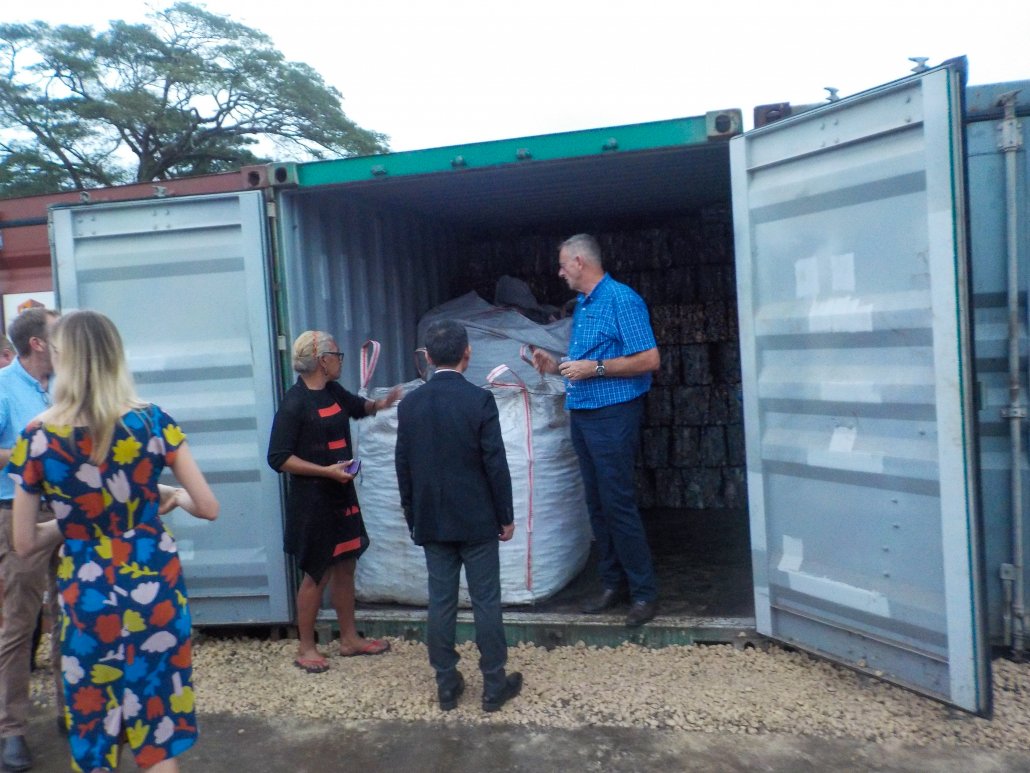